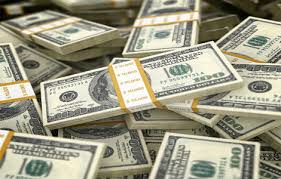 Ekene is an enclave bloke. He has spent a good measure of his life in Ekwulu; a village in Anambra state. Although he has had education up to the secondary level, he takes an aversion to it. The provenance of his detest for education is the snafu of his brother Chukwuma who has remained unemployed after graduating from the University of Nigeria, Nsukka seven years ago. Chukwuma is thought to be the one with the Midas touch to turn things around for the family being the first son and the only university graduate in the family of twelve. However, that is not the case as grim reality shows. Chukwuma still depends on handouts from his well-to-do friends!

Ekene the second son, going the way of many Igbo youths, goes into trading, buying and selling footwear at the Onitsha Main Market. After some time, he makes some money enough to even give to Chukwuma who still forays in the job market. However, business does not burgeon the way Ekene wants it to. Being the archetypal Igbo man with an ultramontane desire for wealth, he wants to make enough money to build what is called in Igbo Akpu-la-Apku (An imposing edifice that shows one’s status as wealthy). This hankering makes him consider other kosher options for making big easy money, as news filters into his ears of one J-boy who is a former clothes trader at Lagos line, the Onitsha Main Market, and who has just returned from South Africa, building an Akpu-la-Apku in his village, and even taking a wife. All of these within a span of two years of travelling to South, as some Igbo locals call it!  Ekene impressed and taken in by that, decides to sojourn to South Africa and Gbu-Ozu (To kill a corpse which figuratively means to make it big). He scratches and garners all he can for the trip. He sells all his wares and rents out his shop. Everything that can be sold, he sold!

Ekene gets to South Africa. He comes face to face with xenophobia. That the fact he is black and some South Africans are black does not mean they are equal. He is a Nigerian, and Nigerians are hated for the fact that they are Nigerians. This he soon discovers. Draconian reality sets in; there are no good jobs most especially for people of his kind. How can he Gbu-Ozu in this kind of system? He wonders. He tries to learn what other Nigerians like him are doing in South Africa. He finds out it is not legit. He does not want to go to jail in a foreign country. The news of his incarceration will kill his mother. He muses. He thinks of going back to Nigeria to start from scratch again. But the thought is stifled by ego. What will they say? That is the rhetorical question he asks himself. I must find a way to survive in this land. He ponders. He tries to get involve with a South African girl with the thought that it will make things easy for him. At least, he will be able to get the necessary papers and maybe, a work permit. He discovers to his displeasure that South African ladies who marry Nigerian men are treated with contempt. They are rejected! This complicates his plans. He is tempted to go the way of some of his Igbo brothers in South Africa, but no, the fear of doing time in a strange land inundates and checks that urge. He wonders where the Ozu is (corpse which figuratively means ready money depending on the context) in South Africa. Things are not what they seem. It dawns on him. In the middle of his obfuscation, his family back in Nigeria calls steadily for remittance, reminding him that they need to have a house of their own. And that they have been living at the mercy of Uncle Igwe whose children in Malaysia have all Gbu-Ozu. Again, his jobless brother pesters him to make room for his coming so that they can Gbu-Ozu together; telling him emphatically that Nigeria is a frustrating place. The heckling becomes unbearable, that he considers changing his phone number. But no, he cannot do that. He needs to keep the line of communication open.  At least, it affords him some level of sanity in this dry land. He thinks.

Day after day, there is no portent of change. It is always the same; the racial abuse, the bullying and humiliation. All the same! The Ozu in South Africa is not worth all the trouble after all. He affirms. Although, he did not have much in Nigeria, he lived like a king with dignity. But he cannot go back to Nigeria. The opprobrium is unbearable. It is better his corpse is sent to his family than for him to return empty handed to Nigeria. He ponders. He will soldier on until luck, one day smiles on him. Ekene is lost in a foreign land!

Fredrick Nwabufo is a writer and poet and can be reached at fredricknwabufo@yahoo.com.

We love to read your comments!Iinquiries and stories for publication should be directed to emerge.editor@gmail.com. Call +234 7033 43 6212 to speak with us. Thanks for stopping by