Chibundu Onuzo on her debut novel, The Spider Kings Daughter 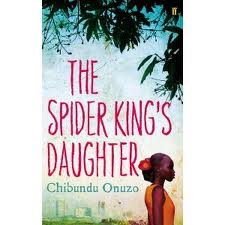 I started writing The Spider King’s Daughter when I was 17, got an agent at 18, signed with Faber at 19, finished editing while 20 and got published at 21. Condensed into this sentence, the whole thing looks incredibly neat and simple. That’s what summarising things does and this is why in my first cover letter to my agent, I refused to write a synopsis of my book. With only thirty-three pages written, I technically couldn’t have produced a summary. However, as I was also ideologically opposed to the synopsis, I informed my future agent: “I usually miss the point of summaries so I have enclosed the first three chapters for you to read and find out what the novel is about.” I am quoting from memory but the obnoxious sentiment is accurately transcribed.
Luckily, the lady who read it, Rosie Apponyi, liked what I’d sent and asked for more. At which point I emailed back, ‘I regret to say that I cannot send you a complete copy of my manuscript because I haven’t finished it yet.’ Rosie was kind enough to give me a few pointers, including her feeling that the story had lost momentum by the end of the extract. What followed was six months of writing where I added another narrative voice and eventually completed the novel. Again this summary of those six months does not include the prep I handed in late or the moment of 2am madness when I suddenly had the urge to delete the novel or the constipated toil of squeezing out an eight line paragraph. Suffice it to say that the first draft was completed in those six months and sent off to Rosie at Capel and Land accordingly.
Now somewhere along the line I had gotten the idea that since August 2008 when Rosie read the extract and June 2009 when I sent the complete manuscript, she had been sitting at her desk and painting her nails, waiting for The Spider King’s Daughter to arrive. So accompanying my posted manuscript, I sent an email saying:
—-
‘Dear Ms Apponyi,
I have sent the full manuscript to your agency’s address and it should be arriving, latest, on Monday.’
—-
She kindly wrote that she was looking forward to reading it. When nothing more had been heard for a week, I wrote again:
Dear Ms Apponyi,
Please could you tell me if your agency sends rejection slips to applicants?
—-
To which the long-suffering Rosie replied:
No, we don’t send rejection slips. However, I can tell you that we have received The Spider King’s Daughter and it is in my ‘to be read’ pile – this pile is very big but I will get to it eventually!
—-

Chibundu Onuzo
Like Job, the thing which I had feared had come upon me. Despite the highlighted letters in which I had written THE SPIDER KING’S DAUGHTER on the envelope to show that this was the novel everyone at Capel and Land had been waiting for, I was back where I started: on the slush pile. And there I sat for a few more weeks, in which I lost faith in Capel and Land and sent off the opening chapters to two other agencies. One politely rejected me. As for the other, I still eagerly await a response with kind regards.
Rosie got back to me eventually and we started work on the novel. Those were the heady days of my first edit. I received the first set of notes on the 4th August 2009. By the next day, I had responded with some changes. As editing progressed, my response time slowed but in the six months I worked with Rosie, rarely a week went by in which I didn’t submit something for her to read.
When she felt the book was ready to be sent to editors at publishing houses, she did. Rosie never told me which publishers she submitted to in order to spare me the crushing feeling that accompanies rejections. Once in while she would emerge from the murky world of the ‘submission process’ and ask for a new prologue, a rewritten scene and once, a recent picture. This last shocked me. Hitherto, I had thought of the world of publishing as a higher plane where words were discussed by vegetarian intellectuals who did not care what an author looked like. Sad, sad day of teenage disillusionment.
Sarah Savitt at Faber made an offer (without a photo) we accepted and then I had a publisher and an editor. I didn’t really know what an editor did. I kind of had this vague idea that he/she would make all the changes they wanted in the manuscript, then I the author would look at these alterations and patiently point out where he/she had strayed from my voice. I was wrong. Editing with an editor was just like editing with an agent, but longer. 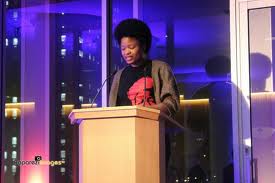 Chibundu Onuzo
People always ask me why the editing process at Faber took so long. The only way I can explain it is I needed to think about the book. There were no massive alterations made. After a year and half of editing, Abike and the hawker’s story still followed the same trajectory; only two minor characters had been added; even the title had remained the same. But I had thought about my characters and made them more real in parts where my desire for a sharp plot had rendered them wooden. I had thought about the place I was trying to capture, driving round Lagos, looking for the scenes that encapsulated the chaos and creativity of my city. I had learnt about the usefulness of dialogue and replaced ‘we talked’ with actual conversations. And most important of all, I had learnt patience. To sit and go over the same paragraph. To examine a sentence’s rhythm. To be a little more of that pedantic, precise thing called a writer.
So here we are at publication date. I am thoroughly sick of the thing. I am for the most part pleased with the thing. It’s a funny contradiction.
Source: The THOught FOX
Posted by THE EMERGE REVIEW at 04:02