Diary of a West African tourist 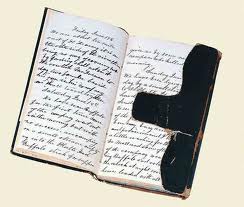 One cannot properly appreciate the diversity of life hatched by a most creative God until one steps feet on foreign lands. A visit to West Africa is a sheer foray into the motherliness of Nature,and indeed a deep pleasure to note that one's African experiences are duplicated in relatives flung away by Providence.

At the tail of Nigeria perches Cotonou of Benin Republic. The city's invasion by coconuts must have been by aquatic routes,as it is flanked at the periphery by water. Lanky coconut figures,with fronds brushed by wind to a side like women's hair,dot the landscape; red and sandy soil suffused with grass and lower shrubs; grazing lands stretching from sight to infinity, all define the Cotonou geography. Craft is at the centre of the Beninnoise mind. Roads are tarred and smoothly finished as if they were meant for the tongue; bamboo fences bristling with aesthetics ,and interlocking bricks etched onto walkways with civil finesse,generate fascination. One noticeable scourge, however, is Okada. They mill around like startled ants.

Nothing fundamentally differs Benin Republic from Togo, in terms of culture and topography. Only man-made barriers. Or perhaps,the harsher nature of the dry mistiness of Togo's weather. One could see houses kissed thoroughly by red dust. The Sun there appears not to have a human face, and the result is there for all to see - a population of black men further blackened to make them look like tar. Beach life is the real life in Togo, especially for those who are not happy that a cooler atmosphere wrought by aquatic gods is wasting away while people are burnt daily by a callous Sun. Infrastructural development, however, especially roads, is commendable.

But poverty seems to have quite some following in Togo. In a certain rural area whose name I have now forgotten, I had spotted a colony of children with exaggerated tummies on spindly legs,and the sight of thoroughly black men,barefooted like rabbits,whose asses must have disappeared into the huge sacks they carry below their chests. And then there were women with protruding bellies - frontal projections without foetal habitation. As if that was not enough, the obesity poured its remainder into folded sacks of flesh etched at the sides. Sturdy African goats trudged around huts and bare-breasted old women. However their lavish hospitality reminded me of the enduring spirit of the African, oft expressed in their ability to remain happy even amidst difficult situations. Lome, the capital is very beautiful, well planned and has all the features of a modern African city. 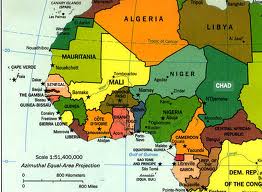 But Accra is totally different. Though the Sun there equally sears with the same menace as in Togo,the inclemency is mellowed down by the ubiquity of green: streets are completely shaded by mature trees. One cannot but adore the beauty of inter-street horticulture,lovely architecture,and a most charming state of roads. Accra is simply a forest ecologically suited for man,made more impressive by its serene life. A stable power supply meant no generator sounds anywhere. Functional traffic lights, well-behaved motorists, and courteous policemen, all ensure order.

Accra's real beauty is not in the environment,but in the fantasy of ebony women. The sight of extremely beautiful women is a common temptation, especially when such women insist on baring virtually all the details of their luscious bodies. Provocative dressing is taken for granted, and sex, as noted by a resident, is no less covert than a handshake. One could see couples getting very busy at the beach at night, and no eyebrows are raised! Lurid scenes at the dance floor,lips locked in sensual lunacy,are banal occurrences at night clubs. Liberalism seems to have settled comfortably into the cultural firmament of Ghana. In fact,to give a vivid account of Accra is better in book form.

My leaving was highly emotional. The airport was well-organized. As the aircraft towered its belly over Accra,I began mourning my exit from a rather serene living. But I left not only with sleek works of art,but with a better view of life,conviction in the brotherhood of man,and indeed with the realisation that humanity is yet so ungrateful to a wonderful God. 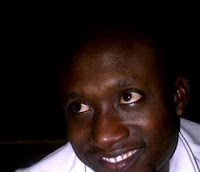 
We'd love to read your comments. Also feel free to ask questions if you have any. Inquiries should be directed to the editor at editor.emerge@ymail.com or simply call +234 7033 436 212.
Thanks for stopping by!
Posted by THE EMERGE REVIEW at 09:37