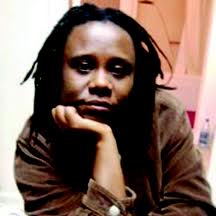 Award winning Author Unoma Azuah is one of the few Nigerians whose story reminds us each day, that despite our most aching history and yawning differences, there remains no definite borderlines along which the Nigerian fabric can be divided. Bestriding two ethnic groups in Nigeria, she was born in Delta state to a Tiv father and a Delta mother.

While studying at the renowned University of Nigeria Nsukka, she edited the English department Literary Journal - The Muse, and recieved the award for best creative writing student for two consecutive years. Her debut novel Sky-high Flames is winner of The Association of Nigerian Authors NDDC/Flora Nwapa award. Her other awards include the Hellman/Hammet award, The Urban Spectrum Award and The Leonard Trawick award.

Unoma is passionate about helping incarcerated women find meaning and hope in a life riddled by despair; and this is the underlying theme of her prison seminars and workshops aimed at encouraging Women to channel their energies into literary expressions as a way of freeing their spirits in spite of their physical imprisonment. Unoma currently lives in the United States where she is a college professor.

In this Interview, she talks about her Aidoo-Snyder award winning Novel - Edible Bones, a heart stirring story of the struggle of hopeful immigrants who throng the shores of America in search of a Media-Influenced American Dream, a dream that they hope to take back to Africa. Enjoy! 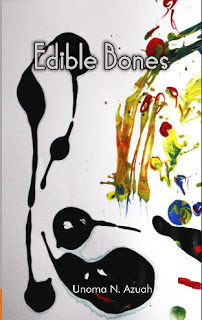 Emerge Review: Let’s start from the book title: “Edible Bones." How did you come about that?

Unoma Azuah: Edible Bones is symbolic of left-overs from a meal. In the context of the novel, the protagonist is constrained to make do with left-overs when he realizes that his expectation does not quite become reality.

ER: Could you give us a peek into the book?

UA: The story of Edible Bones focuses on the protagonist by the name Kaitochukwu. As a security guard for the American Embassy in Lagos, Kaitochukwu daily contains the rushing hundreds of eager Nigerian visa applicants who, before dawn, line up pressed against locked wire fences outside the embassy entrance. When 8 a.m. arrives, the embassy opens. Each day, only about one third of the men and women get their turn at the service desk as the day progresses. Most of them are told that their request for a travel visa has been denied. Kaitochukwu, however, gets the long anticipated news that is opposite of that received by his fellow hopefuls. His six-month old request for a visa to travel to the US has been approved.

Kaitochukwu departs for Cleveland, Ohio, excited to fulfill the American dream of his media-driven imagination where every house is a castle, and every American life is complete with luxurious cars, designer clothes, and widescreen TVs. What he, instead, encounters is a path beset by unstable relationships with women, violent crime, and job loss. Edible Bones follows Kaitochukwu’s journey as an undocumented African immigrant in an unwelcoming American urban square, chronicling the distance between his grand expectations and his ensuing formidable fate. The need for a speedy decision becomes the one tough battle Kaito has to face when he finally visits how home country, Nigeria.

ER: At what point between living in Nigeria and travelling to the states were you inspired to write the book?

UA: I wrote the book after years of living in the US.

ER: How has the book been received at home?

UA: It has been well received.

ER: Are the experiences based on someone you know or your own personal experiences?

UA: The story is inspired by the numerous immigrant stories I’ve heard and witnessed. Also being an immigrant myself prompted me to write the book. I also wanted to tell a story that I feel has not been told enough. The story of how America is not always the land of milk and honey for everybody. You have to earn that “milk” and that “honey”; you don’t just waltz into the country and stumble upon success. Some Americans “burst” their butts every day, working to make ends meet, yet some of them don’t get it, talk more of an immigrant who, first of all, is unaware and then is illegal. So it gets complicated in almost every angle. And I don’t entirely blame Kaito for his mistakes. When you don’t know any better, you tend to fumble around a lot before you get your bearing. Some people learn faster than others and adjust accordingly, others never really learn.


ER: What would you want readers to come out with after reading Edible Bones?

UA: Perhaps, that the grass is not always greener on the other side.

ER: Can you share some of the lessons you learned from researching and writing the book?

UA: That a lot of patience, thoroughness and sacrifice is required to write.

Also, as part of the research while I was writing the book, I conducted a number of interviews in order to have an idea of how to craft the prison parts of the story for instance. I also conducted interviews to have an idea of how some Nigerian immigrants reacted to the issue of homosexuality. For example, it was important to find out if their views on the issue changed because of the changed environment. The result of the interviews is surprising and one would need to find out from the novel.

ER: What was the most challenging part of writing the book?

UA: The most challenging part of writing the novel has to do with crafting the protagonist in a way that makes him unlikeable or otherwise without depriving other characters in the novel the empathy they deserve. In other words, I needed to create a level of detachment from the protagonist that does not rub off on secondary characters. It was quite a task!

ER: How long did it take you to complete the manuscript?

UA: A couple of years.

ER: What immigrant issues are discussed in the book?

UA: Besides what I gave away as a peek into the novel, you may want to read it to find out. LOL!!

ER: What do you think is the major reason why young Africans are desperate to migrate to the United States?

UA:Why would anyone be desperate for anything? Maybe because they have higher expectations and they have a right to those expectations. Perhaps, they need change. Who knows, but everyone deserves to see life from as many different perspectives as possible. It makes us appreciate life better.

ER: What does a Nigerian wanting to live in the states need to learn so they don't end up like Kaito in your book?

ER: Your book has a very vital message for young people, do you write exclusively for this demography?

UA: I write for all.

ER: How can we encourage more young people in Nigeria to read Nigerian Authors?

UA: By introducing them to more Nigerian authors. Then young people should try and join local writers’ groups, workshop, share and critique their stories.

ER: Can you recall five books that had the most influence on you while growing up?

UA: Mostly writers of Emecheta, Nwapa, Soyinka’s generation. As a child though, I read quite a bit of British writers like Enid Blyton.

ER: When and why did you begin writing?

UA: I started keeping a diary early as a child. It was my way to vent about any and everything.

ER: What inspired you to write your first book?

UA: My first book Sky-High Flames was inspired by the injustice I witnessed/witness in my society’s patriarchal system. Sexism and the unfairness that applies to relegating the girl-child to the background. Or defining the boy-child as superior to the girl-child.

ER: Do you have a specific writing style?

UA: Maybe you can tell me.

ER: If you had to choose, which writer would you consider a mentor?

ER: Are there any new authors that have grasped your interest?

UA: Emerging writers like Yusuf Omotayo, Chioma Iwunze, Temitayo Olofinlua, Zino Asalor and some others. They are quite promising.
ER: What are your current projects?

UA: I am trying to complete work on my second collection of poems.

ER: Do you have any advice for aspiring African writers?

Thank you for coming!

Okay readers, I hope you had a great time with Unoma! We'd love to read your comments. Also feel free to ask questions if you have any. Enquiries should be directed to the editor at editor.emerge@ymail.com or +234 7033 436 212. Thanks for stopping by!
Posted by THE EMERGE REVIEW at 05:03