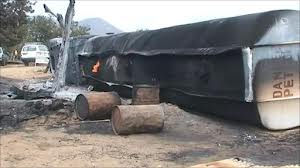 Sisi almost did it in the blue wrappers she tied across her flaccid chest as she waited. She looked tired, and her rheumy eyes showed that she had been awoken by the toilet's imperative call. Her gestures showed she had struggled too hard to hold it for long. It became so unbearable that she held her hands firmly against her buttocks. Her legs too were pressed against each other, tightly.

She pleaded in a subdued voice as she banged the toilet door feebly. She was sweating, even in the morning cold.

-Sisi, no vex, I wan do second round.

-Ahh! You wan kill person? This woman go do am for here o.

Others on the queue pleaded on her behalf. When it turned out to a protest, his voice from inside said faintly:

-ok... just give me ten minutes let me wash my nyash.

Finally, he jumped out. His shiny smooth head was drenched with sweat and his face- wrinkled like he just recovered from a slap. His short was also wet in the back, and his worn-out shirt carried a trace that appeared like a map under his armpit. He waved his bulbous eyes at the people waiting for him, he was satisfied, somehow, that their faces carried a look of frustration and envy. Gently, Sisi leaped in to see 'Mr. President'.

THAT DAY BEGAN like any other day. Not even a prophet with heavy dreadlocks and thick goatee could have forseen that a fuel tanker would burst and Baba Okon would die scooping fuel. He lived alone in his one room apartment. No one knew the truth of his marital status even though he frequently talked about his wife and son, Okon, who were at the village he had  never been to for years. Age reflected in everything about him, his temperament, his faded clothes, his enduring smell of lifetime ogogoro drinking. The only thing he lacked in him was the manliness in manhood. His stiff-looking beards scared the children whenever he played with them, they would glare at it, imagining it was iron-sponge.

That afternoon, he had hurried into the compound, unlocked his room and came out with two empty twenty-five litre gallons.
-Wetin dey happen? Where you dey come from? Sisi called out from her room on hearing his urgent footsteps. She was popular, 'CNN,' was her appendage. 'Constant Negative Network,' she was called by neighbours. 'Come o, have you heard of the recent religious....?’ she would say in a whisper. The emptiness of her room is in harmony with her poor state of living. She hadn't been a happy woman since her husband left her because of her infertility; she resolved to live faraway from her relation.

Baba Okon gave a hurried response as he locked up. -My share of the national cake don arrive. He zoomed off.

The new spread quickly, like the raging fire, that fuel scooping was going in the next street. House-wives, children, loafers and  junkies hurried with large gallons to scoop their portion from the largesse. They nudged, pushed and shouted at one another as they jostled for the precious feul. One of the junkies had lighted hemp between his lips. He dragged at it profusely while he continued scooping, but the wrap quivered between his lips……
There was a bang as it fell.
The ignition was quick, a spark, a head-cracking explosion. Fire and heavy smoke engulfed the strangled screams in the throat of the victims.

The fuel tank had gone off in the process and had attracted a crowd of onlookers. Somto could hear the heavy thud of footsteps rushing towards the scene. She tried to control her throbbing heart as she wondered what had happened. Somto had been indoors all day after her quarrel with CNN earlier that day. Slowly, she walked outside the compound and followed the group of people, anxious to know what had happened. She beheld the flame burning furiously a distance from where she stood. Her steps were made sparingly as she got closer. She saw a struggling body, squirming and straining as it burnt, he implanted bitter groans on her mind before he finally submitted his struggles. His eyes bulged from their sockets- those eyes had appealed in vain for help; he wouldn't be more than twenty-five. She found roasted bodies as she made forward, hands and legs and burnt faces that you could barely recognize. Journalists feasted on them with their clicking cameras, members of the civil defense corps and emergency response team were at hand, rushing the injured victims to the hospital and bagging up the dead ones. Their families cried, uncontrollably.

A lady gave a long ululating wail from a corner, pointing at a shrunken body. She deeply pressed her hands against her mouth and threw up. The traces on the ground could tell that the body might have struggled so hard. Somto identified it, it was Baba Okon.
‘The soul of an over-weight man, giving up the struggles that had rendered him worthless all through his life…..’ she thought, as she watched them take his burnt corpse away. She allowed his last words intrude into her reflection: ‘my share of the national cake don arrive.’  Her eyes were heavy with tears, she felt a terrible grief forming a lump below her abdomen, and she went home. Quietly.
The news of Baba Okon's death circulated the area the next day; people shook their heads and sighed. ‘this life na waa they said.’
Everything went quiet in Sabongari, the kind of quietness that comes only after a terrible incident. Only the sound of the alarmed birds was heard; their flapping wings in the air. Somto was stunned. For the first time in the compound; there was no queue at the toilet. Baba Okon wasn’t exactly the best of neighbors,  but now that he was gone, the all felt sorry for him, and wished they could make up for the past times. Despite his life's struggles, he still managed to maintain his sanity. He had become non-existent and all his memories would soon vanish like those curls of smokes, slowly, turning and twisting- slowly.

Nonso Franklyn Anyanwu Studied English and Literary studies at Ahmadu Bello University zaria, Nigeria. He's a member of Association of Nigerian Authors. His poems and short stories have been published in both local and international magazines. 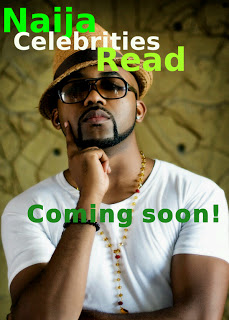