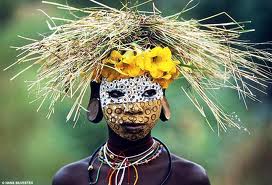 As Africa emerges from her past.....

time, that swift wind sweeps,
history, lore and art
with the wind hurry into extinction
but ancient traditions still remain..
under the moon light we gather to tell Africa's stories
wielders of the sacred pen catch the wind
they sieve from it the yarns of history
and paint for us the visions of our lives
they preserve our culture and speak our voices
so that under the moonlight we shall gather  once again....to tell Africa's stories...

This week on The Emerge Review, we feature our top fourteen African Authors!
This list is in no particular order. Enjoy! 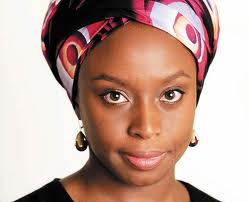 Chimamanda  Ngozi  Adiche was born on 15 September  1977 in Enugu Nigeria, the fifth of six children to Igbo parents.  At the age of nineteen, Chimamanda left for the United States. She gained scholarship to study communication and political science at the eastern Connecticut state university. She graduated in 2001 and went to complete a Masters degree in creative writing at John Hopkins University Baltimore. Her first novel Purple Hibiscus which was released in October 2003 has received wide and critical acclaim. It was shortlisted for the Orange fiction prize (2004) and was awarded the common wealth writers prize for best first book (2005). 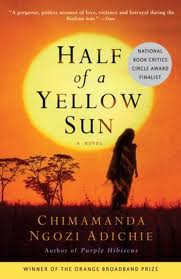 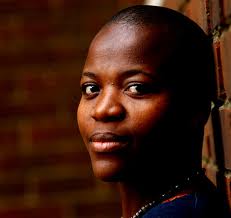 Zukiswa Wanner  was born in Zambia to a South African father and a Zimbabwean Mother. Her debut novel, The Madam, published in 2006, dealt with racial role reversals in post-apartheid South Africa. Her second novel, Behind Every Successful Man was published in 2008 by Kwela books. Men of the south, her third novel came out in 2010. Zukiswa has also contributed essays to Oprah, Elle and Juice magazines, and literary reviews and essays to Afropolitan and Sunday independent, as well as the International online Journal African Writing.

She is also a founding member of the ReadSA initiative, a campaign encouraging south Africa to read south African Works. 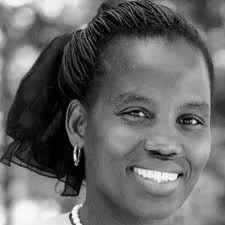 Unity Dow is a novelist, human rights activist and lawyer. She was appointed as Botswana’s first female judge of the high court in January 1998. Unity reckons that in writing novels she is "reclaiming the voice" to speak out on human rights and women issues. Her writings which strongly express women's struggles for equality and justice in Botswana are inspired by her immediate experiences of working to advance laws pertaining to child support, rape and married women’s property rights. Her first novel Far and Beyond describes a family in a rural village in modern day Botswana struggling to come to terms with the contradictions between traditional and western values, gender conflicts, poverty and the crisis of the Aids epidemic.

Many of the experiences in the book reflect Dow's experiences of life in Botswana but they are not in themselves autobiographical. Dow has written two other novels, Screaming of The Innocent and Juggling Truths. 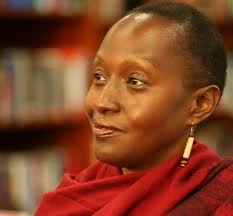 Doreen Baingana grew up in Entebbe, Uganda. She graduated from Makerere University with a JD and from the University of Maryland with an MFA. Her book Tropical Fish Won the 2006 common wealth writers prize, best first book Africa and an AWP short fiction award. 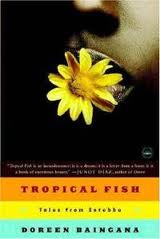 Her works have appeared in AGNI, Glimmer Train, African American Review, Callaloo, The Gaurdian and Kwani. 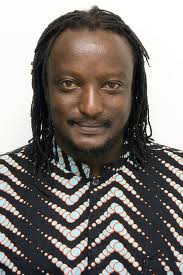 Binyavanga wainaina was born in Nakuru, in the Kenyan province of Rift Valley in 1971. He is the founder of the Literary Magazine, Kwani, which has established itself as a stimulating platform for Kenyan and African creativity. In 2001 Wainaina was distinguished with the renowned Caine prize for African Literature after his short story Discovering Home had been published in the internet Magazine G21net. The story is an author biographical narrative of the authors trip from his home in South Africa to his birth place in Uganda, where his grand parents were living. 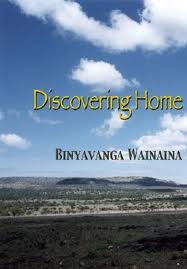 Wanaina's works have been published on the East Africa, The New Yorker and The Guardian.

Helon Habila was born in kaltungo  Gombe state and educated at the university of Jos and university of East Anglia England. His first book waiting for an angel was awarded the common wealth writers prize for new writing (African region 2002) and the Caine prize (2001). In 2000 he won the Muson poetry prize. He was the first Chinua Achebe fellow at Bard College (2008), a William B Quarton fellow at the university of Iowa international writing programme and the John Farrar fellow in fiction at the 2003 Bread Loaf Writers. 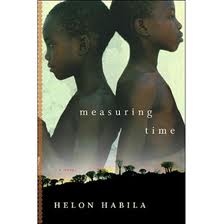 Helon teaches creative writing at the George Mason university in Fair Fax, Virginia in the USA where he lives with his family. 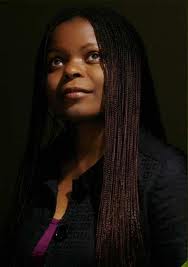 Petina Gappah is a Zimbabwean writer and a voice of Zimbabwe. She studied law at the Universities of Zimbabwe, Craz in Austria and Cambridge. Her short fiction is featured in two anthologies, Laughing Now and Women Writing Zimbabwe, both published in 2008 by Weaver Press, Zimbabwe. In 2007, she came second in a SADC-wide short story contest judged by J.M. Coetzee. She lives in Geneva, Switzerland with her son Kush, where she works as a lawyer for the ACWL, an organization that advises developing countries on international trade law. 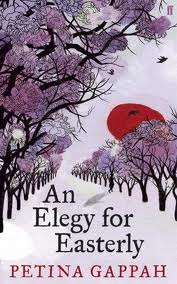 Her debut novel An Elegy for Easterly ,  she dissects with real poignancy the lives of people caught up in a situation over which they have no control, as they deal with spiraling inflation, power cuts and financial hardship - a way of life under Mugabe's regime - and cope with issues common to all people everywhere; failed promises, disappointments and unfulfilled dreams. Compelling, unflinching and tender, "An Elegy for Easterly" is a defining book and a stunning portrait of a country in chaotic meltdown. 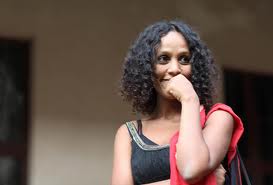 Cristina Ali Farah was born in 1973 in Italy to a Somali father and an Italian mother. Farah grew up in Mogadishu the capital of Somalia. She attended an Italian school there until the Somalia civil war broke out in 1991. In 2007 she published her first novel Madre Piccolla (Little mother). In Italy her novels and poetry have been published in various magazines such as Nuovi Argomentis, Quaderni  del 900, Pagine and Sagana. In 2006, Farah won the national literary competition “Lingua Madre (Mother Tongue) promoted by the women thoughts studies center. 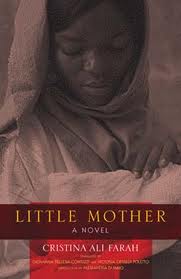 She was also honored by the city of Torino at the international Torino book fair. Farah is also president of The Magra news agency and a writer for Caffe Newspaper. 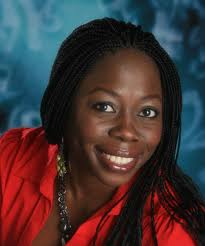 Myne Whitman is a pen name. She was born and raised in Enugu, Nigeria, where she spent most of her time, studying, reading and daydreaming or climbing trees and playing with the boys. She has a Master’s degree in Public Health Research but has chosen her childhood dream of spinning stories. After a few years in Edinburgh, Scotland, she now lives with her husband in Seattle, USA. She writes and blogs full-time, and also volunteers as an ESL tutor for a local charity. She critiques with the Seattle Eastside Writers Meet-up and is also a member of the Pacific Northwest Writers Association.
In addition to writing popular fiction to get people reading,

Myne is passionate about using the internet and social media to promote the book industry and literacy levels in Nigeria. To this end, she facilitated a session, "Social Media and the Book Publishing Industry", for the Publisher’s Forum at the 2010 Garden City Literary Festival, Port Harcourt, Nigeria. She is also the founder and managing editor of NaijaStories.com, a critique website for aspiring Nigerian writers.

Niq Mhlongo was born in 1973 in Soweto. He has a BA from the University of the Witwatersrand, with majors in African literature and political studies. In 2004 his first novel Dog eat Dog was published by Quela and was translated into Spanish under the title Perro Come Perro in 2006. This Spanish edition was awarded the Mar Des Lettras prize.

Besides writing novels, Niq has written a screen play for the animated children’s TV series magic cellar and scripts for a comic magazine called Mshana, the first issue of which appeared in February 2007. After Tears is his second novel.

Brian Chikwava is from Bulawayo, Zimbabwe’s second largest city. He spent his formative years in Harare, where at popular artiste’s venue, The Book café; he regularly took part in poet’s evenings, public discussions and music performances. It is here that he started experimenting with different genres of art by collaborating with other young writers and musicians in an attempt to create new ways of presenting the African experience. 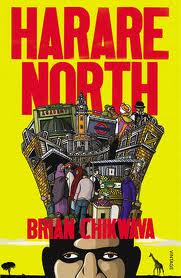 His short story Seventh Street Alchemy was awarded the 2004 Caine prize for African writing. He has been a Charles Pick fellow at the University of East Anglia and lives in London. Author photographer and art historian Teju Cole was born in 1975 in the us to Nigerian parents raised in
Nigeria. He is the author of the novella everyday for thre thief and the novel open city which won the pen Hemmingway award for fiction and the Rosenthal award of the American academy of arts and letters. Teju cole contributes to the new Yorker, the new York times, Tin house, the atlantic and public space. 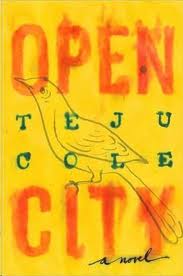 He is currently working on a full llenght book length non fiction narrative of lagos. 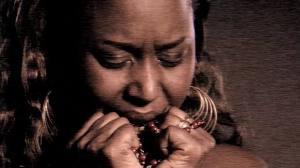 Immaculée Ilibagiza (born 1972[1]) is a Rwandan author and motivational speaker. She is also a Roman Catholic and Tutsi. Her first book, Left to Tell: Discovering God Amidst the Rwandan Holocaust (2006), is an autobiographical work detailing how she survived during the Rwandan Genocide. She was featured on PBS on one of Wayne Dyer's programs, and also on a December 3, 2006 segment of 60 Minutes (which re-aired on July 1, 2007). 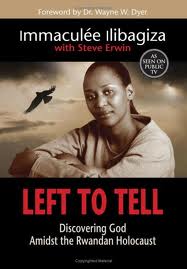 Left to Tell recounts Immaculée Ilibagiza’s experience during the 1994 Rwandan genocide. She survived hidden for 91 days with seven other women in a small bathroom, no larger than 3 feet (0.91 m) long and 4 feet (1.2 m) wide. The bathroom was concealed in a room behind a wardrobe in the home of a Hutu pastor. During the genocide, most of Ilibagiza’s family was killed by Hutu Interahamwe soldiers: her mother, her father, and her two brothers Damascene and Vianney. Besides herself, the only other survivor in her family was her brother Aimable, who was studying out of the country in Senegal. In Left to Tell Ilibagiza shares how her Roman Catholic faith guided her through her terrible ordeal, and describes her eventual forgiveness and compassion toward her family's killers. 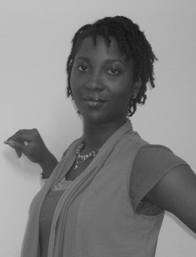 Empi Baryeh has been writing since the age of thirteen after stumbling upon a YA story her older sister had started. The story fascinated her so much that, when she discovered it was unfinished, she knew the task of completing it rested firmly on her shoulders. And somehow the ideas and the words for the rest of the story began to pour into her mind. She’s been writing ever since.
It wasn’t until another thirteen years later, however, that the romantic in her geared her toward romance. She now focuses on heart-warming multicultural romance with enough passion to enthrall readers who want a little sizzle with their romance. 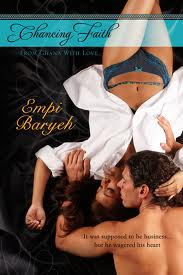 She lives in her native country, Ghana, which provides the exotic setting for most of her novels.