A Chat with Chika Unigwe!

Chika Unigwe is a Nigerian writer who lives in Belgium and who writes in English and Dutch. With her stories written in English she won the BBC Short Story Award in 2003, the Commonwealth Short Story Award in 2004, and was nominated for the Caine Prize, the African Booker Prize. She made her debut as a novelist in 2005 with De feniks (The Phoenix), a story about the personal problems of an African woman in Flanders. In the novel On Black Sisters Street, Chika tells the moving story of four Nigerian girls who had taken to the sex trade on the streets of Belgium in the search for survival. She takes an empathetic stand in the story ,seeking to explore and understand the circumstances that influenced the decisions of these women, seeking to uncover their struggle; their hidden better selves. Her latest novel Night Dancer is set in Enugu, the city of her birth in the southern part of Nigeria. TER chats with Chika Unigwe. Enjoy! 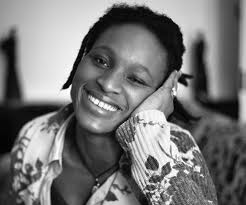 How did writing start for you?

I met Flora Nwapa when I was in primary school and she became my idol. I wanted so much to be like her. My older brother's friend was Cyprian Ekwensi's son and he'd bring us his father's books. I have always admired writers

Writing was'nt considered a very lucrative profession in Nigeria. How did your parents take your decision to study literature?

My parents let us make our own decisions. They have always supported my dreams and ambitions, not just in words but  in deeds too. As a kid I asked my father to subscribe me to a children's magazine in the US, Highlights for Children. A classmate had a subscription. He did. Whenever they travelled abroad they brought us back books

Most times when we look back at our lives,we can identify a moment or a choice that had a very huge impact on  our career. Most people call this "The turning point". Do you have any of such moments? Can you share it with us?

For me, it was meeting Nwapa. As young as I was, I knew that what she did was what I wanted to do

As a Nigerian writer in Belgium, language must have been a challenge. How were you able to break the language barrier and get across to the largely Dutch speaking audience?

In your book On Black Sister's Street, you explored the experiences of Young Nigerian women in Belgium Who had taken to prostitution to survive. Can you share some of the insights you gained from researching the book?

I discovered the extent to which poverty can push people: parents willingly offering up their daughters to work as prostitutes; the extent to which human greed can blind one to any sense of decency: a father who pimps his own daughter; the extent to which familial obligations and sense of duty can push one to sacrifice: young girls who work as prostitutes to pay their fathers' medical bills, send their children to school, give their family a better life.
I realized that the gap between the rich and the poor in Nigeria is wider than I had ever imagined; that shame is a luxury; that  people are capable of incredible sacrifice for the ones they love.

How has writing the book affected your life as a person?

Yes. It's made me more thankful for what I have, less judgemental of others and more critical of a government that makes working in Europe as a prostitute a much more interesting alternative than staying back in Nigeria

If you had to re-write the book, are there some ideas that you've picked up along the way that you'd like to add?

No. It's done and dusted

You mentioned that many of the African girls engaged in the sex trade in Belgium were Nigerians, does this mean that Nigeria is a hostile enviroment to women who want more than just surviving?

Early this year,there were debates in the Nigerian senate as to whether or not to legalise prostitution.What's your take on that?

Legalization has its merits: the women pay taxes like every other person; legalization will also reduce the danger the girls sometimes find themselves in with clients

How can the Nigerian girl child be discouraged from prostitution?

You just released a new book, Night Dancer, can you tell us about it?

It's set in Nigeria. It's a story about sacrifices, loss, memory and hope 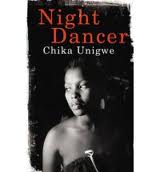 What inspired the story?

stories of women I heard growing up

You've been away for a while,did you have to travel down to Nigeria to research the story?

I come into Nigeria from time to time


So far,the major characters in your books have been females,are you pro-feminism?

What other issues would you like to explore in future books?

I don't know yet. I don't plan themes. Stories choose me

Where can we buy your books?

In Africa, the major challenge of women has been to discover a larger meaning to their lives beyond their traditional roles as house wives and to rise to their potentials as humans in a patriachal society. Are these challenges exclusive to women in Africa? What is the challenge of the Belgian woman?

We are yet to have a female prime minister. Women here have the same chances as men but somehow there are more men in choice positions than women

Have you noticed any similarities between Belgian culture and Nigerian culture?

Do you have any favorite places in Belgium that you love to visit to help your muse?

What other interests do you have asides writing?

How do you relax?

I read. I chat

Your kind of music?

Eclectic. At the moment, socca and reggea

What would a typical Saturday morning with you look like?

Sleep in, read, write, go out for drinks
If you met a Genie who wanted to grant one of you childhood fantasies,what would it be?

Vanilla milkshake whenever I wanted it!

Three books you can read over and over again?

One thing an aspiring writer should'nt do?

Thanks for the interest in my works!

Thanks for coming Chika!