I have always wondered
how mothers willingly contain the frequent cleaning-up of children’s waste
discharges. But then their toleration of that drudgery is mainly dependent on
the age of the child. It would be unpardonable for a grown child to urinate
while asleep, let alone an adult. An adult’s urine is sheer nasal torture, especially
given his complex biology and food habits. We would not forgive the adult that
bed-wets, for two reasons. First, the sheer acidity of his product is
unsettling; and secondly we would feel disappointed at his treacherous bladder. In the
case to be discussed, it is not just one adult but a swarm of them, each
contributing a quota towards the formation of a huge, embarrassing  compost of odour.


The foregoing  is a mere analogy to depict a situation in
which someone you know had some education, exposure and sophistication begins
to exhibit a totally despicable primitive attitude, letting out a kind of
orientation that places him in the same constituency as the unlettered among us. His outbursts belie
his learning yet his appearance and profile assert membership to civilisation. He
brandishes a university degree; shows an awareness of trends in fashion,
politics and social life;  he probably  has a plum corporate
job, travels overseas, and has all the trappings of a modern being, including
ownership of smartphones and other state-of-the-art gadgetry  –  devices
that should ordinarily enhance his access to knowledge. And with his obsessive
blackberry phone, this creature, a fellow youth,  sends you  broadcasts, warning  you of killer apples, oranges and suya that have been supposedly poisoned by the hands of Boko Haram, that faceless entity that makes a hobby of dispatching  innocents. No, he is not done, this informant, you must also not wear a particular colour of dress today or tomorrow: the occult among us have concluded plans with Death to pluck away people wearing certain colours. And then "switch off your phones tonight" he says, some radiation from Mars of all places is on its way to haunt humanity. Did he not also warn you of killer telephone numbers sometime ago? He cares, that's why he's obsessed with your safety! He continues to send you similar ridiculous messages bearing the same evidence in
foolery, grapevine productions he could not employ his overrated brain to
scrutinize. In his communications, you see two individuals in one: a learned
fellow on the one hand and a garnished illiterate on the other.


This matter is not as
frivolous as it sounds, for it reveals a hollowness in cerebral engagement and
a symptom of intellectual anemia in the average Nigerian youth. The indictment
goes further to embarrass our education sector, a system that tends to develop,
even unsatisfactorily, only  the social
and academic departments in the youth, leaving his intellect and thought-power
totally fallow. Today’s youth is a mere spectator of intellectual discourse, if
not a hater of it, but a robotic consumer of social products, a fun addict, and
a fan of materialism. His civilization begins with the Internet and
show-business  and ends with high-end
fashion and trendy telephones, while his inner being – his intellect – is left
pathetically crude so that superstition and blind religion can have a field
day. 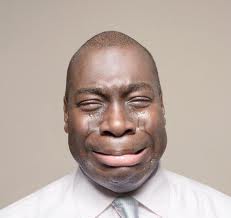 Meanwhile, one can
easily forgive the uneducated individual for hawking a rumour as primordial as
death by telephony and dress colour – just as mothers would tolerate bed-wetting by relatively
young kids. On the other hand, it is tantamount to adult bed-wetting  for a fellow who had invested a large part of
his life in educational refinement to spew baseless and brazen rumours – and we
would not so easily forgive that. For, in the latter, we mourn not only a
costly waste of time in the classroom but also the fact that an individual who
is properly equipped by the circumstance of higher education to disabuse other
minds of misconceptions, and torpedo the propagation of a silly falsehood, is
actually a willing courier of rumour. This has a wider implication.

One of such
implications is that his complicity further authenticates the rumour, as the less-knowing would not bother to put up some skepticism. ‘If it comes from him then it must be true’. And then the network
of rumour swells, giving rise to a more pervasive climate of fear.


This piece was provoked
as much  by the denigration of education through the involvement of educated individuals in this grapevine
circular, as by the  staggering population
of the converted. Scores and scores of fellow educated youths – and ‘educated’
here is used in a rather cynical sense – blared forth warning messages that lack the least content of cogency. Recognition however,
must be given to the fact that the youth’s harassment by superstition merely
reflects a society’s belief pattern, an anomaly that could have been upturned
by a robust intellectual culture that would subject all contentious  phenomena to the dialectics of reason and
tests of validity. This societal belief in superstition had also catalyzed a fear-induced
pentecostal spirituality in the Christian faith, for instance.


Now before I am termed
a blind idealist, let me make it clear that I do not doubt the possibility of
witchcraft. Much as I  do not have
knowledge of spiritual laws, I do not believe that witchcraft or black magic
has the power to affect us in the manner stated, otherwise we could concede to
it the power to do everything, even the power to alter the entire contents of
this piece and replace same with an entirely different version that is a  tribute to diabolism, before you get to read it. Our society
has ceded so much space to magic and superstition, leaving no more than a mere
foot-space for men – and that little space is yet animated by fear.


Just like similar
rumours of evil magic in the past, these ones have fizzled, but mind you the fact that commentaries like this rained to debunk the falsity of these concoctions does not mean that your informant has now been properly educated, no. Expect another soon. The whole wave of superstitious rumour-mongering comes as episodes  in one huge, endless soap-opera. We had heard of okada passengers disappearing the moment
they attempted to wear so-called bewitched helmets. Sometimes one suspects that
these rumours are actually intended as comic reliefs to a people tossed dizzily
about by a myriad of national woes. But this must stop. The comedy is too
costly in a society where superstition is a living culture. Let every educated
Nigerian who pressed a button to propagate any of such messages bury his head in
shame: he is an adult that bed-wets. 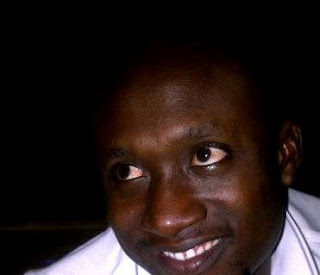 Emmanuel James Ibe-Anyanwu is a young Nigerian intellectual who is very keen about the written word. His articles have appeared in several national dailies and blogs. His first literary work is due for publication soon. Emma lives in . See Emma's blog Here