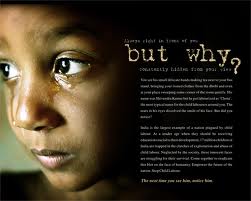 I always knew when my neighbour ended her morning devotion. After ‘amen’ often came the word ‘Rita!’: “Are you still washing the dishes, Rita? You’re too lazy, stupid girl. Oya, come and baff Junior. And be fast!” I often waited for the Rita part to be sure the devotion was over, so I could savour the peace for morning sleep. She usually began with a chorus weaned into rhythm with timed clapping, she and her kids. It seemed her husband always joined later – his bass would cut in halfway into the singing. Soon the singing would end, and she would introduce the prayer points. Prayer would begin, first, in murmured tones, soon to soar into pitches of collective spiritual rapping. Our apartments were close enough to ensure that the noise disappeared through the hollows of my head. I could not complain about the anti-social impact of it all, else she’d tag me a ‘witch’.


Rita never joined in the morning prayers: she was a work toy. At twelve, she had stunted growth due to the pressure of child labour. My neighbour’s eldest daughter, who was about Rita’s age, was exempted from domestic chores. From dish-washing, home-scrubbing, laundry, to car-washing, Rita held forth as a work machine powered by my neighbour’s orders. There was just too much work to be done in the house and in her shop, so the little girl was not enrolled in school. Far from being a happy girl, there was this silent, permanent agonizing on her face. I had seen on that face irregular patterns of dry tears, signatures of the private mourning of a slavery that lacked the hope to end. I understood she was plucked from far away, ferried into this thankless life of work by a middleman to whom her salary was remitted. My neighbour must be grateful to God for having to pay a minimum wage for maximum labour. And the middleman owned the lion’s share of the corruption, relaying only a tiny fraction to Rita’s mother in the village – he too must be grateful to God.


My neighbour was never happy that I spurned her many invitations to attend church with her. The last time we talked about it one Sunday morning while she got set to leave for church, she told her husband that she had given up on me. As she spoke that day, my eyes were focussed on Rita. Her dress, hairstyle and every other thing were costumed to establish her identity as a house-girl, a heart-breaking contrast to the family’s glamour.


Much as I was worried about Rita, I did not know how to help her. Sometimes I had wanted to call her out and ask her a few questions, but I feared being misunderstood if seen with her. It was an emotional torture to watch her suffer and deprived of basic education. When I later approached my neighbour one day over her education, I saw how she struggled to maintain a fake courtesy. As a humanist, I found my silence as complicity. When would she come out of all this? 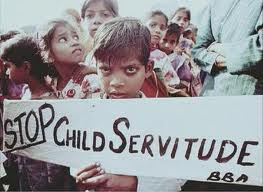 She soon did. There often comes a time when the individual, no matter how lowly, is courageous enough to gather enough spittle and shoot it on the oppressor’s face. That day, my neighbour’s husband had shot his hoarse voice in the air and I heard those nauseous words: “Don’t you know you’re a slave in this house?” Yes he actually said that and I was going to confront him but then I heard Rita's counter. I did not hear her clearly, but I knew she spoke out in defence of whatever was left of her own human dignity. She did not have to be educated to be human. The sense of dignity is a natural consciousness in humans. It was a moment when toleration came to a halt, when anger rescued words from being trapped in the mind by fear. I wore a stupid grin. Then he beat her up thoroughly until she escaped. She never came back.

That was about a year ago. This morning, I saw Rita somewhere in Isolo here in Lagos, standing at a bus stop. She looked too pale. I pulled over and walked up to her. “Broodaa!” she screamed happily, throwing herself at me. I swayed back a little to avoid a forceful contact with her protruding belly. Her smile withered as she saw the woodenness of my face. She bowed her head, shy, drawing patterns on the ground with her right toes. Even with her pregnancy there was no evidence of womanhood.  I pulled her slowly away to a corner and asked her what happened. She started crying. 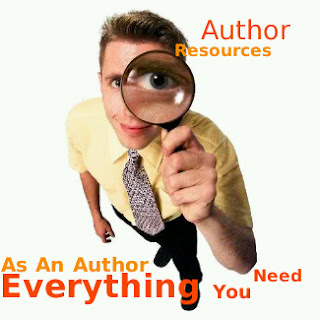 It happened that the day she ran away from the house, a young man had offered to help. Perhaps they knew each other all along. A long story for another day. They now live together. Poverty is their only torment for now, otherwise they live in peace. The husband lost his job as an okada rider recently. Yet again, she lacks hope, the future is bleak.


This evening I told my neighbour about my encounter with Rita. “Stupid girl, she never suffer yet! May God forgive her before it’s too late.” I was short of words. This moment, I recognise that man is the maker of the devil that haunts him. We complain of how badly our governments treat the poor, yet we teach them daily how better to do it. Rita’s child, who may lack basic support, may grow to become useful to society – or grow to become the next terrorist, armed robber or kidnapper, the one to scuttle the dreams my neighbour may have prepared her kids for. She prays against such evils, yet she has created one. She fails to realise that Godliness is, first of all, human relations – how you treat the next man in such a way that God will be happy with you. We are the earth’s biggest affliction, humanity.

Child labour or abuse is not only when a child is made to hawk ware in the corridors of metropolitan traffic.  It is unGodly and evil to contract child helps without an arrangement for the child's basic education, without the primary humanity to accord that child the privileges you can give your own children. The concept of 'child help' is even unlawful. But given the socio-cultural situation in Africa, warranting children to play relative commercial roles in the family, one can concede the idea, but only to the extent that it does not result in abuse. But why can't we contract professional helps? Is it not because we find children more amenable to exploitation? Does God find it acceptable that we commercialise the poverty of another family for our own convenience - perhaps He created such people just for our service in the first place - otherwise how would we have coped? 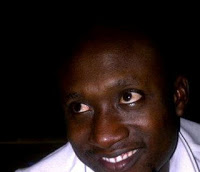 We'd love to read your comments. Inquiries and stories for publication should be directed to the editor at emerge.editor@gmail.com or simply call +234 7033 436 212.
Thanks for stopping by! 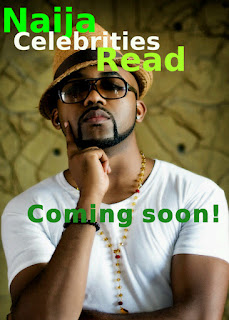