FREE BOOK GIVE AWAY! For Days And A Night By Seun Odukoya 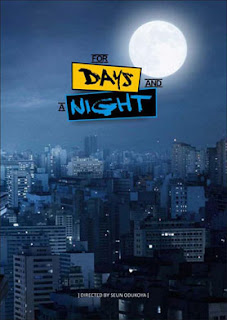 For Days And A Night is a collection of short stories by Award winning author Seun Odukoya. Short, punchy and entertaining, the stories comment on issues that we deal with each day-Romance,
relationships, career , family-while employing a generous amount of humour and wit; one that will leave you in a roller coaster of emotions.

Its alternates between happy, sad and melancholy narratives that seductively capture snippets of contemporary life in the metropolitan city of Lagos. There are trips to the cinemas, shopping in the mall, drama in the elevator and so on. The occasional use of pidgin will make it easily appealing to a young audience.

The book starts off in a manner that one recognizes as peculiar to Seun, after reading a few of the stories. The “I” in the prologue IDLE CHATTER is a nameless character who has a story to complete. This Character who narrates in the first person could easily be the author, albeit, this is only an assumption.

It's 2 am in the morning and the narrator is at his desk in his study. He is in the company of two men who are identified as "Short and daft" and "Tall and dark".  "Short and daft" is annoying and chatty in contrast to "Tall and dark" who comes across as the broody reserved type. The trio chat about the “hood”- this being the narrators residential area - there are not enough girls in the hood. They argue over the narrators love for coffee and his claim that sipping coffee while at his desk by 2 am in the morning makes him feel like a writer. At some point, "Short and daft" gets noisy and "Tall and dark" plays the good chap by asking the narrator to ignore him and focus on completing the story on the laptop in front of him. At this point the narrator’s wife comes down to the study, clad in a "Dark sheer mid-thigh length black nightie" to inquire who her husband is talking to at that time of the day. Here we discover that Seun has played a trick on us. There are no people in the room. "Tall and dark" and "Short and daft" are hallucinatory creations of the narrators troubled mind. It is apparent that this is an ongoing condition; that writing is a therapeutic gate-way through which the narrator seeks to escape. As his wife puts it, the voices in his head are getting louder. She offers to help make them go away, and begins by planting a kiss on his lips. Here, the story ends abruptly leaving ones imagination to finish the rest.

In HOPE, we are introduced to the harsh realities most young Nigerians have to contend with after NYSC. The narrator, a young man who has just completed his NYSC is musing in a cubicle-sized debris-littered room. His only companion is the gnawing hunger in his stomach. We learn that he acquired the room with the last half of his NYSC allowance and that the other half went to food that "ran out two days ago". A resolution is made to do something about the situation after an internal debate as to whether to stay at home and conserve the available energy for survival or to expend it in search of uncertain recourse from hunger. The title of this story could as well be "Nothing ventured, nothing gained" as it emerges in the story bearing the character of a premise, upon which the narrator bases his resolution to go out in search of food. The only problem with this search is that it has no destination or direction whatsoever. The author simply concludes the story with the following lines...

Again, we are tricked. Is hope really a girl or an allusion to the feminine qualities of hope? Perhaps its fragility, evasiveness and beauty? Seun says its both.

Reading the book feels very much like watching a movie. The stories flow into one another and the colourful layout and vivid illustrations bring the stories to life, making the book fun and easy to read. This is certainly an innovative stride in eBook design, one that could really render “The book” obsolete!

“It was an experiment. I was just trying out stuff - I wanted to see what interaction there could be between words and colours beyond the typical. I wasn’t sure it would work.” Seun says.

Most of the character’s names are not mentioned in the stories. All the stories are narrated in the first person and we get to learn about the characters by following their thoughts as the story unfolds. The book reads like a solitary-narrative in which the author is seeking to understand and make sense of his experiences and environment. This he seems to do as he alternates between the different characters of the stories in the first person. There is the police man in WHICH KAIN WORK who lives with the irony of his son's pride in him and his own dissatisfaction with his job.  There is the Divorcee in PILLOW TALK whom we meet in an intense sexual moment. He wakes up to the unpleasant discovery that he is dreaming and that the woman he is kissing is a third of his pillow in his mouth. He is not spared the generous amount of saliva that drools from his mouth onto the pillow.

A consistent thread runs through Seun's writing; a habit so to speak, of introducing a scenario, which is then expanded in thought, dialogue and action, building up to an abrupt anti-climax  that could be waking from a dream, realizing one is hallucinating, or making an allusion to a vague idea, like we have in the story HOPE.  The effect of this is profound in that it creates a certain curiosity within the reader, a certain allusion to some idea, through which he forms his own conclusion to the story. Seun is full of surprises. There is a creative interplay of prosaic genius and inventiveness, one that is thrust upon the reader suddenly at the end of PILLOW TALK.

and what follows is a conversation between the reader and a persona who has emerged from no where; who seems to hate and love the author at the same time. This persona makes an appeal to the reader, an urgent one- having very limited time to speak- to plead with the author to finish its story. Here the persona then makes a startling revelation:

"you see as far as he(The author) and you(The reader)are concerned I am just a character in a story. But I am real. And I need this.... this guy to finish my story."

Her name we learn is Nneka, a character in one of Seun's stories "A MATTER OF HEIGHT".

“I was looking for an excuse not to finish the story – and yet be at peace with myself. So I did that to see if I would get any response. I didn’t.”   He explains.

In WAKEN, the narrator is a writer who wakes up at midnight to write a story for submission to the common wealth prize. He receives a call which he hesitates to pick having no inkling as to who it is that would want to call him at such an ungodly hour. He finally picks the call to hear Sola's voice on the other end. Sola is an old girl friend. Sola has been dead for 15 years!

In PAUSE, two people are in love, but are not bold enough to admit it. Their story ends with leaving both unhappy, reminding us of the fatality of hiding our true feelings. I hate the ‘what if’ question – you know? All I’m saying is ‘try. Just try’. We’re too careful too many times. The whole of life and living is a risk, you know? Just try." On how he started writing, seun says “I think I kind of just stumbled into it. It was a way of communicating with a world that wasn’t interested enough to listen.”

Stephen King. Loius Lamour. James Hardley Chase. Men. And women. Are his major influences. Seun is always working on a new book and asides writing, he Sleeps. Eats. Drinks. Walks. Laughs. Bathes and Dresses!
Okay guys here is some good news! Suen has paid for twenty copies of For Days And A Night and he has asked us to give them out to our beautiful readers for free! To get a copy is simple:


Retweet this post and copy @theemergereview and @seunodukoya on twitter then leave a comment on this post with your email address and twitter handle. Get going before others beat you to it, we’ve got only 20 copies and it’s going out to the first 20 people! 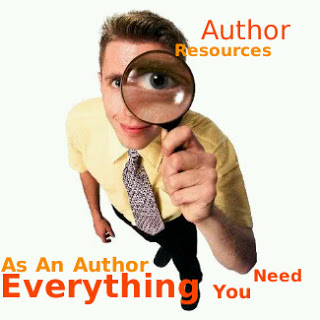