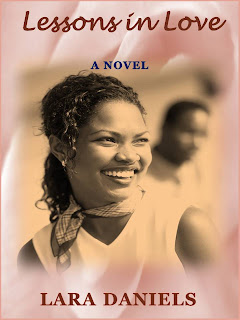 About Lessons In Love

Fourteen months ago, Tara Olu-Browne quit her well paying job to follow her heart: Become a full time romance writer. Her decision is paying off, until she agrees to write for Black Desire, a new romance publisher set to turn out books that will appeal to a West African audience. Black Desire is headed by business mogul, Jimi Akintaylor and while he says he enjoys Tara’s previous works, he is critical of her current manuscript calling the love scenes improbable. Tara is left with two choices: quit writing for Black Desire or suck up her pride and request pointers from Jimi on how she can improve on the love scenes. She chooses the latter, and realizes too late that she just signed up for some very practical lessons in love.

We’re now in his kitchen. He lets go of my hand. I doubt if any cooking ever takes place here. It’s so clean. So new. So contemporary. It ought to be in a museum. I lean against the granite countertop while he strides across to the very modern stainless steel fridge – I’ve not seen the likes of this before; in magazines, maybe. From where I stand I see the refrigerator is well stocked – all kinds of flavored drinks and a wide variety of assorted snacks. He mechanically procures a coke and tonic water from the fridge, empties it into two tall glasses which he has retrieved from the cabinet above the fridge. Then he reaches over to the wine cellar and brings out a bottle.  He twists off the cap and shortly pours it into the glasses. He carries both cups and turns to face me. His eyes glow with something I can’t decipher.
“Here,” he says, handing me one of the drinks. He is close enough for me to smell his crisp, mesmerizing scent, and frankly, it disconcerts me.
I eye him doubtfully. Truth be told, I’m nervous. I’ve told this man I want him to sleep with me and he hasn’t given me a reply.
He takes a long swig of his drink, then places it on the counter top and gives me a quizzical stare. “Are you okay?”
I shrug, trying hard to tamper down this mortification that’s washing over me in waves. “You’ve not said anything Jimi,” I say.
His eyes burn into mine. “Tara, cut me some slack. You’ve stomped me with a request that’s a little disturbing…something out of character for you. A man needs a drink.”
Disturbing? What’s all this self-righteous talk? “But you were so willing to say yes yesterday,” I say bravely. “You didn’t need a drink then.”
“Tara, yesterday…I was speaking without thinking, something I rarely do. You were upset and defensive. I don’t know, I lost it. ” He stops and grimaces. “When I said sex mechanics yesterday, you do know I wasn’t asking you to sleep with me, right?”
I nod. “I do.” In hindsight, I realize it was one of those awkward situations I get myself into where the conversation  spirals out of control.
“Look, I don’t know how long you’ve had sex but the way you wrote about sex in Tomorrow and Lagos Blues, it’s just … implausible. For two people who supposedly love each other, there was no tenderness there.”
I roll my eyes. We’ve been here already.  He has made me listen to the comments of other readers. Why are we rehashing how bad of a writer I am when it comes to love scenes?
“So when I said sex mechanics,” he continues, “I meant…” he rubs his hand on his head, struggling to find his words.  “Crap,” he spits out. “I don’t know what I meant. Tara look, you are the writer. Do what you need to do to get your material. Just make sure it’s good material.”
I frown, shaking my head. “But Jimi, I’m doing what I need to do to get good material.”
He gives me a blank stare like he has no clue about what I’m saying.
“I’ve never really been in love before.” Well, until now. “I’ve also never had sex before and I’m asking for your help, and you haven’t given me a reply.”
“What?” He whispers. I think he’s about to implode. “What do you mean you’ve never had sex before?”
I ignore his shocked expression and trudge on. I am a desperate woman on a desperate mission and I’ve got to air my piece, now that I still have the courage to say it.
“Look Jimi, all I know is that yesterday you were so willing. Today, you’re…..I feel like you’re trying to let me down nicely.  I’m no charity case. If you don’t want me, tell me and I’ll go ask someone else to do me the favor.”
I sense his menace before he voices it. “Over my dead body,” he says, and before I can take my next breath, he pounces on me.
Find Lessons In Love by Lara Daniels at Amazon.com ~ available now


Lara Daniels is a Registered Nurse by day and an avid romance author at nights. Born and raised in Nigeria, Lara penned her first fiction at the age of nine. She continued her love for writing all through Secondary school, then to college, from where she relocated to the United States. In July 2009, she published her first novel, Love in Paradise and in 2010, she published the sequel, Love at Dawn – which charted on iTunes UK top 100 Romance novels. When she is not writing, Lara enjoys spending quality time with her family – a husband and three children. She currently makes her home in Texas. For more about Lara Daniels, catch up with her on her blog at www.laradaniels.org or on twitter: @LDparables 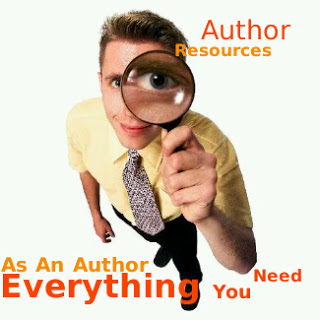