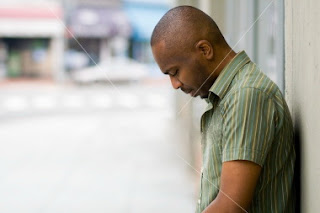 "For long, the story lounged in my head, unwritten. I was not in a hurry. Apart from the demands of a university education that thinned out both the time and enthusiasm for writing, there was a part-time job. But at a time after graduation, the unwritten story in my head moved from inertia to agitation, until I decided to put my Muse to use.


I had written a few articles published in national newspapers in Nigeria, pieces that exacted admiration from even cynics. Yet I was cautious of the compliments, knowing that courtesy, bias and pity could have influenced them. I wanted to be sure of my writing skill, but sometimes when I re-read my articles months after I had written them, I felt inadequate. But impatience had been added to agitation in the attributes of the unwritten story.

The story is biographical, fictionalised only slightly to avoid litigation. Eleven months ago, I began writing, and in about three months, I was done. I contracted a seasoned editor in Lagos at a very high cost, but her input was apparently a greater compensation for the cost. Yet I could not trust the judgement of only one editor. Three others were contracted, one of them a university don in the literary field, and the unanimity of their praises buoyed my confidence.

Then came the phase of immersion in Google. "How not to write. What a first-time writer should do. How to write a query.  How to find UK literary agents," etc.  At a point, inquisition turned to confusion, as bits of internet-extracted information contradicted one another - a new internet find was a critique of the last, and I was set forth on a perpetual hunt for absolutes. I later put a wedge to that hunt and began sending out queries.

Rejections. Rejections. Then dejection. I re-read my manuscript, this time with a dint of enforced objectivity, pruned out a few errors, and sent out more queries. Worse! They tumbled in with sadistic mischief, rejections. Email alerts became an affliction that made my heart go epileptic. Mails were opened cautiously, reluctantly, then read with a sense of premonition – an anxious glance would be directed at the last line of a letter where the familiar courtesy of rejection is expressed.

So far, I boast of about twenty rejections. I seem to have exhausted the list of UK agents whose submission guidelines are palatable. I have lost hope. I feel ashamed of my failure, of my lack of brilliance to elicit recognition. I love writing. I love my story, and so do many others. The passion to share that story has found nemesis in depression. Writing is a masochistic affair"