Nkata: Nollywood And The Book... 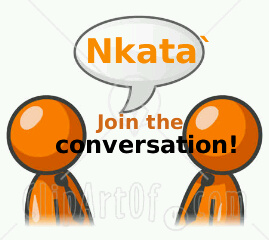 Pursuant to our commitment to promoting reading and writing in Africa while creating avenues for interaction within the literary community, we are delighted to introduce Nkata` - Conversation!

The aim is to share and generate ideas that will contribute to the growth of literary appreciation in Nigeria and by extension, Africa.

Last  week on Nkata, we chose the theme ‘Nollywood and the book’ and the contributions were quite brilliant and insightful. We have shared some of them in this post. We hope you enjoy reading. If you do have any themes or issues that you’d like us to discuss, simply send an email titled Nkata to emerge.editor@gmail.com. We’d be glad to use them.  Like our facebook page for this week’s theme.

NOLLYWOOD AND THE BOOK:
Many people would rather see a movie than read the same movie story in print. Most Nollywood stories would've been fantastic reads. Is the cinema not a big enemy to the book in a world where people are too busy to read?

Myne Whitman No, it's not. Both are booming businesses that support creative types around the world.

Olisakwe Ukamaka Evelyn I have watched some theatre productions that prompted me to read the full book itself. It happened when I watched the Theatre Arts dept of the University of Jos perform the play of Arrow of God at the Transcorp Hilton. This was two years ago. The play was so beautiful; I went home and bought the book itself.
Cinema productions should in the real sense work hand-in-hand with the works themselves. You know, like complementing each other. Daalu

Mimi Ng Not necessarily. In a sense, the two are somewhat complementary of each other – book sales often increase significantly after the movie is released [Hunger Games, My Sister’s Keeper, etc.]. Also, a lot of the book can easily be lost in translation (e.g a few of the Harry Potter movies)… because there is so much that needs to be condensed into an hour and a half, or two hours…whatever the case may be. I always use the Harry Potter example because tweens/teens have been accused of having little interest in reading books… however, even with the release of the movies, J.K. Rowling fans were always quick to queue up for the book. There’s something about books… and as Emmanuel succinctly stated, “he that wants to read, will read”

Kelzbrown Uluocha To some extent, I may agree. But I will rather not call them enemies, because they are both aiming for the same thing. Which I believe is, to impact knowledge as well as draw humans closer to nature. But the thing is just that, lots of people will easily prefer to immerse themselves in a life or lives portrayed in movies, than immerse themselves in imaginations, which is basically what many books are founded upon.

Arinzechukwu Enibe In Nigeria, where we don't already read, movies might seem an enemy of books. But it also could be made into such a great ally. B/c when a book is written, and its movie is produced, engaging enough, and at the end it is said: adopted from the book..." , more will be persuaded to go out and find d book and read it for more depth to d story. But d key to dis will be characterization. When the stories can have strong enough and compelling enough characters that people will greatly identify with and strongly fall in love with, then more people will want to find the books and find out more about these lovely Characters, they've come to admire and adore.

Oriyomi Yourmmy Adebare As the saying goes 'different strokes for different folks', I believe this applies to reading and movies too. Personally, I would rather read a book than watch a movie and I know there are countless others who would prefer watching a movie to reading a book. Although I don't think a movie, however well adapted can give total expression to the depths, intrigue, innuendoes etc contained in a book. I think people just have to realize that reading a book gives you better understanding of the story than seeing the movie of the book.

Nnamdi Okeke Most of the contributions here are wonderful. I think the cinema is a big threat to what we read (Literary works). It will take much time to read a book than see the movie but the book is more incisive. To tackle the threat, first is to revive the reading culture through campaigns and sensitization. Don't get me wrong, Nigerians read but a great majority of her youths don't. You see their seriousness when an exam is around the corner which is reading in a sense but it’s not cultured.

Adejimi Odujirin I had sworn not to watch a movie until I have read d book. Of course, this has been broken a few times such as in d case of Ian Fleming's 007(well, it was not until later that I realized it was novel based), Robert Ludlum's Bourne series (I watched just one part, and I did not like it), and Conan Doyle's Sherloçk Holmes ( just could not resist not watching Robert Downey Jr). But then I have held good too.... I have refused to watch Rowling’s Harry Potter, Tolkien’s Lord Of the Rings, and C.S. Lewis' Chronicles of Narnia, until I am done with the books. I think d most important thing is that we promote a reading culture, side by side wit d TV/Movie watching one. I have always recommended that every govt. accredited school must have a well stocked library with indigenous literature. I think there a number of ways reading can be encouraged from childhood, in schools. 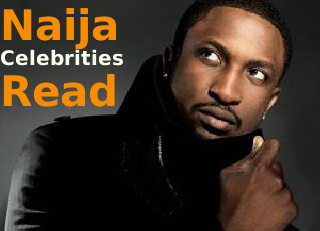